Yesterday, June 16th, was Bloomsday (or Lá Bloom, if you prefer), a day when the events of James Joyce’s novel Ulysses are celebrated, the date being that when, in 1904, the events in that book take place, and the same day that Joyce went on his first date with his wife-to-be, Nora Barnacle, (“She’ll stick with him,” Joyce’s father said, when he heard her name).

The first Bloomsday took place in 1954, the quinquagenarian anniversary of the original, when the four writers John Ryan, Anthony Cronin, Flann O’Brien, and Patrick Kavanagh together with Tom Joyce (a dentist, and Joyce’s cousin) hired a couple of horse drawn cabs and set out to follow the route of the characters through Dublin, visiting the scenes depicted in the novel.

O’Brien was already drunk when they started, along the way more drink was taken in a number of pubs, and the jaunt was finally abandoned in Ryan’s pub the Bailey, in Duke St, as by then they all were too far gone to go on. Since Firstbloom, the day has grown into a worldwide cultural celebration, with readings, recreations and recitations inspired by the peregrinations of Leopold Bloom on that Dublinday.

Ulysses took at least seven years to write, and was published in serial form in 1920, and as a novel in 1922. After a complaint, publication in the USA was halted for a decade until a test trial was brought in 1933, when it was ‘arranged’ to have an imported copy seized by US customs, on grounds of obscenity. After a lengthy trial, the work was deemed not to be pornographic and publication was allowed, in the US in 1934, with an unsuppressed edition in the UK in 1936. The book, despite hearsay, was never banned in Ireland. It has to be said, anyone looking for a cheap thrill from Ulysses will be sorely disappointed, and should be encouraged to consult other fruitier works instead. The book follows one day in the life of Mr Leopold Bloom, and his journey transposes the incidents in Homer’s epic The Odyssey (Ulysses is the Latin form of Odysseus), mirroring them in minor form in 20th century Dublin. 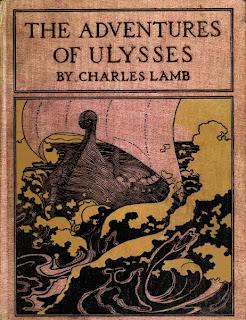 As a boy, Joyce had been given Charles Lamb’s Adventures of Ulysses, and considered the hero to be the only all-round character in literature. 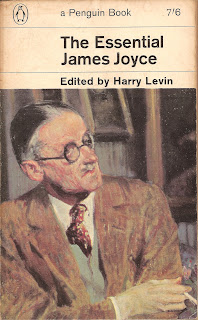 I was introduced to James Joyce’s works by this paperback collection in the early seventies, and liked what I read so much that I bought, and have read, this edition of Ulysses soon after. 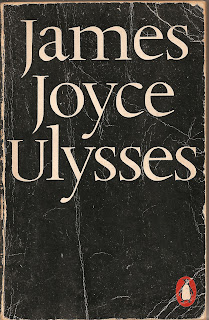 Just to give you a flavour, here is a little passage that convinced me of Joyce’s genius.

“Mr Leopold Bloom ate with relish the inner organs of beasts and fowls. He liked thick giblet soup, nutty gizzards, a stuffed roast heart, liverslices fried with crustcrumbs, fried hencods' roes. Most of all he liked grilled mutton kidneys which gave to his palate a fine tang of faintly scented urine”.

As a devotee of flavoursome offal, my mouth is now watering. It has a reputation of being a difficult book, some of which is justified, and I think that having grown up with the book over the years may have helped me, but once you ‘get’ it, it is a very rewarding book, deserving, in my view, its status as the greatest novel of the last century. 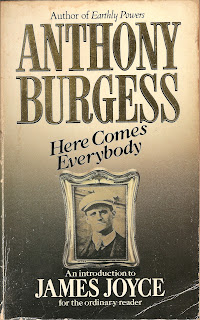 A useful aid, covering other works by Joyce too, is this book, Here Comes Everybody, by Anthony Burgess (another writer with a reputation for being ‘difficult’), which helpfully explains Joyce’s themes and methods.

In another one of those unrepentant demonstrations of national eccentricity that makes me savour living in Britain, BBC Radio 4 dedicated a huge slice of its airtime to Bloomsday yesterday, with programmes scheduled to synchronise to events from the book, seven broadcasts totalling over five and a half hours of dramatisations and related programmes, with a world-class cast and superb production. It is the sort of thing that delights me; that the national broadcaster will recognise, and cater for, a literate public demand for such works.
Posted by mickhartley at 20:00