The Angel of Mons

August, 1914. The British had declared war on Germany on the 4th, and by the 9th the British Expeditionary Force (BEF) had departed for the continent. They took up position on the left of an allied line stretching from Alsace-Lorraine in the East, to the southern border of Belgium, and they stood directly in the line of the German First Army. On the 21st, a British reconnaissance cyclist, Private John Parr, became the first British soldier to be killed in the War. By the 22nd, the BEF had reached Mons, and dug in to protect the French left flank, with I Corps along the Mons-Beaumont road and II Corps at a right-angle, along the Mons-Conde canal. The BEF's commander, Field Marshall Sir John French, agreed to hold this position for twenty-four hours, to prevent the Germans attacking the flank of the French Fifth Army, following the Battle of Charleroi.  In the morning, the first substantial engagement took place, with Drummer Edward Thomas firing the first shot for the British, and supposedly hitting a German soldier. At dawn on the 23rd, the German First Army opened up an artillery bombardment on the BEF, identifying a loop in the canal as a weak point in the Allied line. At 9.00 a.m., the German Infantry advanced in close order formation, attacking four bridges crossing the canal at the loop.

Unfortunately for them, the BEF were probably the best-trained soldiers in Europe - they were professional, long-service volunteers, unlike the conscript armies of France and Germany. In their pre-war training they had been taught rapid fire marksmanship, and it is said they could hit man-sized targets fifteen times per minute at 300 yards.  The close order ranks of the Germans were an easy target, and they suffered heavy losses to rifle, machine gun and artillery fire. They withdrew, regrouped and attacked again in open formation, widening the front to the West, along the tree-lined bank of the canal. This second assault fared better, although they again encountered fierce resistance from the defending BEF - (the first two Victoria Crosses of the War were won on this day). Superior German numbers began to tell, and by the afternoon the heavily outnumbered BEF started a tactical withdrawal, which continued into the evening. Whilst both suffering and inflicting heavy losses, the British established a series of defensive lines, but the German advance, aided by pontoon bridges across the canal, continued to press them back. News came in the early morning of the 24th that the French were retreating, exposing the British flank to the Second and Third German Armies. The BEF continued to fall back in good order throughout the day, taking heavy casualties but slowing the German advance with a series of rearguard actions.

The British 'Great Retreat' continued, but the BEF had denied the Germans their expected early victory and rapid invasion of France. The Germans had anticipated an easy victory over what they had considered to be a weaker, inconsequential British force. The tenacious, proficient defence they met, and heavy losses they suffered, dealt a severe blow to German morale. British morale, in contrast, increased greatly, and as a consequence recruitment numbers rose sharply.

On September 29th, The Evening News published a short story by Arthur Machen called The Bowmen. In it, a British soldier at the Battle of Mons calls upon Saint George for his help, and soon after sees the ghosts of British archers from the time of Agincourt firing into and destroying the German ranks. The story was written as a first hand account, and very soon people began to accept it as an authentic report of the battle. Machen, to his credit, confirmed it was indeed imaginary, and denied he had intended to create a hoax. In spite of his efforts, the tale spread, gaining momentum all the while and, in the course of retelling, the phantom bowmen were transformed into various other supernatural beings, including an army of angels. These stories became 'proof' of divine intervention on the side of the Allies. British newspapers began to feature lurid stories of German atrocities and war crimes, feeding the public's perception of the amoral hordes of the Hun violating defenceless, neutral Belgium, and promoting the moral righteousness of the Allied cause.


The myth of the Angel of Mons spread throughout the popular culture of the time. This is the cover of the sheet music for the Angel of Mons valse, a waltz tune written by Paul Paree. I've had it framed  on my wall, for about fifteen years. I like it as a reminder, and an example, of how urban myths can quickly become popular truths. 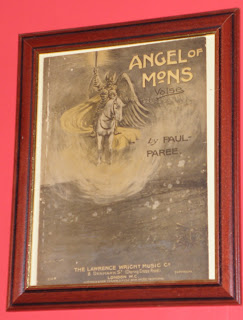 After doing a little research for this post, I was surprised at the scarcity of information on Angel of Mons Waltz available online, so I have decided to photograph the whole thing and include it here. 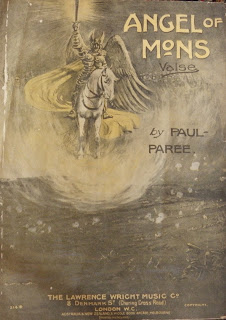 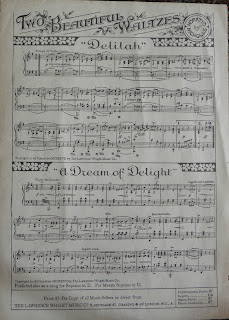 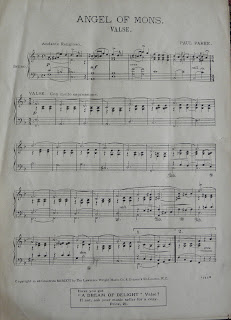 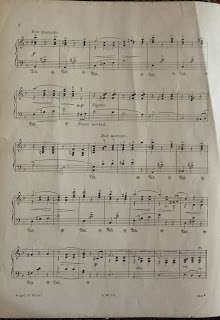 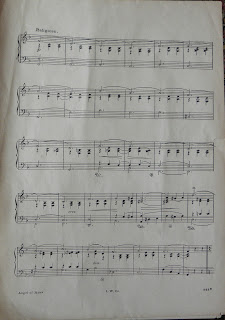 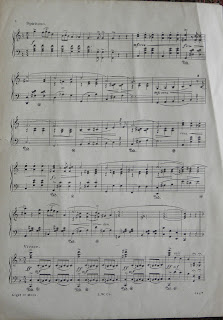 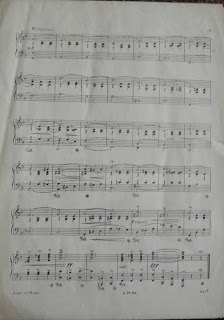 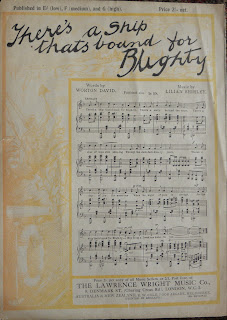